A man holed himself up in an internet cafe near Tokyo on Tuesday night with a female employee as a hostage, police said.

The man and the woman in her 20s are inside a private accommodation of the cafe in Kawagoe, Saitama Prefecture, and police officers are calling on him to surrender, the police said.

It is not immediately known whether the suspect is armed with any weapons.

Tokyo’s Ueno Zoo has held an early birthday celebration for twin panda cubs. The male, Xiao Xiao, and female, Lei Lei, were born at the zoo on June 23 last year.

ISHIKAWA, Jun 18 (News On Japan) – A mother and son were washed away Saturday in canal in Hakusan City, Ishikawa Prefecture, after the boy fell in and his mother attempted to rescue him. 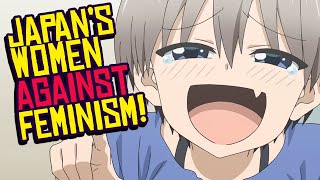 Japanese women are turning against western notions of feminism, and embracing girly manga, boobs and moe culture. In fact, 70% of “problematic” manga is created by WOMEN.